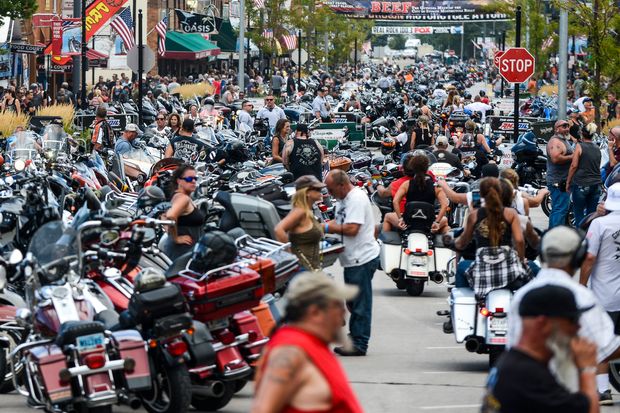 The study wildly claims the Sturgis event is linked to over 250,000 coronavirus cases across the U.S. and is responsible for an estimated $12.2 billion in public health costs.

In a press release on Tuesday, Gov. Noem issued a harsh rebuke of the study and media reporting:

"This report isn't science; it's fiction. Under the guise of academic research, this report is nothing short of an attack on those who exercised their personal freedom to attend Sturgis. Predictably, some in the media breathlessly report on this non-peer reviewed model, built on incredibly faulty assumptions that do not reflect the actual facts and data here in South Dakota."

"At one point, academic modeling also told us that South Dakota would have 10,000 COVID patients in the hospital at our peak. Today, we have less than 70. I look forward to good journalists, credible academics, and honest citizens repudiating this nonsense."

The study's methodology included tracking "anonymized cellphone data" of the nearly half a million attendees' movements while traveling to, from and around the event.

Researchers then looked at COVID-19 case trends across the country following the popular bike week — apparently finding case increases of over 10% in counties nationwide that had people traveling to Sturgis according to their cellphone data.

But despite the study's colorful findings, correlation does not imply causation.

Biden Says Fauci To Stay On, Will "Ask" Americans To Wear Masks For First 100 Days Of Admi