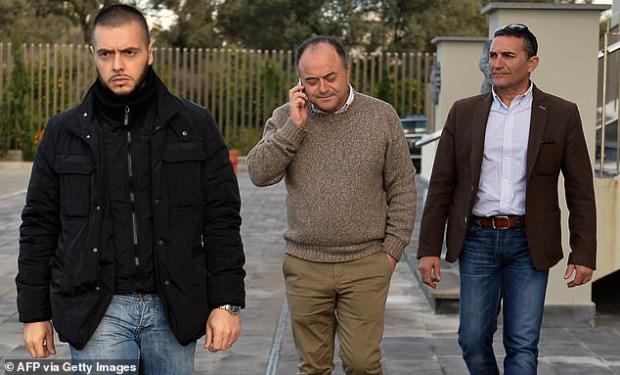 On Friday, the prosecutor, who has spent the past 30 years living under close police protection as he is major target for Mafia crime families, opened his latest court case against the syndicate.

The case, which opened in Rome, is the largest anti-mafia prosecution since the Maxiprocesso trial against the Sicilian Cosa Nostra in the mid 1980s.

Gratteri is hoping to send more than 450 suspected clan members to jail for belonging to a criminal gang that allegedly built its fortunes and sinister reputation on extortion, money laundering, kidnapping, drug trafficking and so-called vendettas.

He said: 'It's a war. We are talking about violence, about death,' added the prosecutor, based in the southern Italian town and 'Ndrangheta stronghold of Catanzaro, where he lives with constant death threats.

Describing the case as 'historic', Gratteri believed it to be the most important in Italy's battle against mobsters since the 'Maxi' trial, which eventually saw hundreds of Cosa Nostra members convicted.

Those hearings however were marred by violence including a mafia hit on its best-known judge and prosecuting magistrate Giovanni Falcone, murdered with his wife and three police officers in 1992.

When formalities conclude in Rome and a fortified courthouse in built in Calabria, the hearings are due to move to Italy's southern region where no less than 600 lawyers and 200 civil parties will be present.

Cop and suspect killed after car rams barricade outside US Capitol