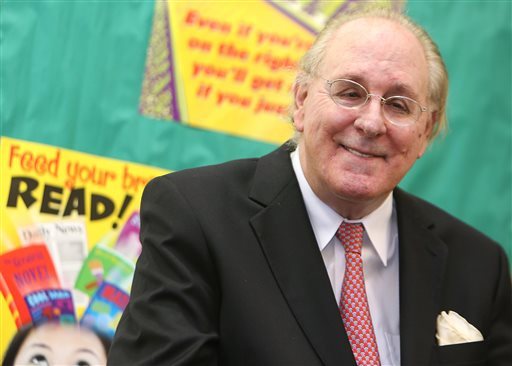 Winston Groom, the author whose novel Forrest Gump inspired the Oscar-winning film of the same name, has died at 77. No details on the cause of death were confirmed by the mayor's office in Fairhope, Alabama, where he had been living.

Groom's novel sold 1.7 million copies based on the popularity of the film, which won six Oscars in 1995, including Best Picture, Best Actor for star Tom Hanks, and Best Director for Robert Zemeckis.

The novel Forrest Gump is different from the film. The film script went through many changes, but one aspect of the book that was kept by the film was Gump narrating, looking back on his life.

On Groom's first pages, Gump speaks of how poorly folks treated him because he was "a idiot." But then it moves into tales of his glories as a Crimson Tide running back, an astronaut, professional wrestler, chess grandmaster, Ping-Pong wizard, and costar with Raquel Welch in a remake of The Creature From The Black Lagoon.

In a 2014 interview with the Tuscaloosa News, Groom said the novel was "a farce, and that's hard to do. The French do it well, but we don't. "If I could convince, persuasively, a reader that Coach Paul Bryant would take an idiot and put him on the football team, they'd believe anything.Once you hook your reader, they'll go for the rest. And that's, I think, where I hooked 'em."

Groom said the novel was inspired by a story his father related about a neighbor's child who displayed savant behavior. Groom wrote Forrest Gump in six weeks.

Born March 23, 1944, in Washington, D.C., and raised in Mobile County, Alabama, Groom turned to writing in college. He graduated from the University of Alabama in with an English degree in 1965, and embarked on a tour of duty in Vietnam.