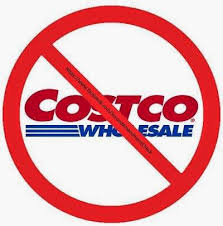 Furious shoppers have threatened to boycott Costco over its 'woke' decision to remove popular Palmetto Cheese from 120 of its stores after the founder of the dairy company slammed Black Lives Matter as a 'terror organization.'

The hashtag #boycottcostco was trending on Twitter Wednesday afternoon, with hundreds of critics blasting the retailer for removing an American-made product from its shelves and stifling free speech.

It comes after Palmetto Cheese owner Brian Buck Henry, who is also the mayor of Pawleys Island, South Carolina, blasted Black Lives Matter on his own Facebook page, calling the movement a 'terrorist organization'.

Henry confirmed that his brand of spicy cheese spread was being yanked from store shelves but has sought to downplay the move.

'Costco rotates items in and out during the course of the year. They will occasionally add and drop products as a matter of normal business,' Henry told The Post and Courier. 'We remain optimistic that Palmetto Cheese will be back on the shelves in the not too distant future.'