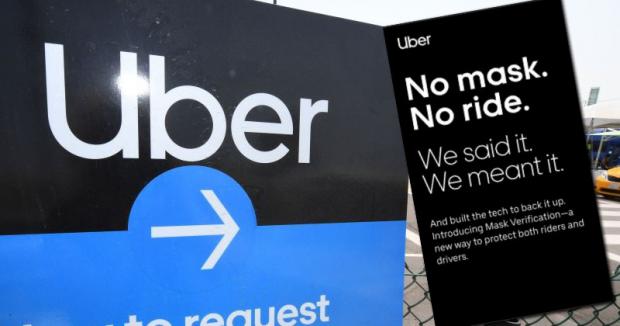 Uber is now demanding that customers who have been flagged for previously refusing to wear a mask take a 'mask selfie' within the app or be barred from using the service altogether in future.

A lecturing new ad campaign from the taxi service screams "No mask. No ride. We said it. We meant it."

The company then touts its "Mask Verification Service," which forces customers who were previously reported by drivers for not wearing a mask to take a picture of their masked face within the app to be allowed to use the service again.

"Now, if you're ever flagged for not wearing a mask, you'll have to take a selfie in the app to verify that you're wearing one before your next ride," states the advisory.

Respondents on Twitter weren't too keen on the idea.

"Nanny state aesthetics are going to kill companies," said one.

"They're dead set on making city life as unbearable as possible rn," remarked another.

"That copy makes me wanna never ride with Uber again. So fuckin whack," said another.