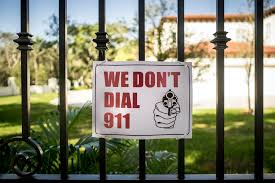 The riots in Louisville are only the latest in a long string of violent, raging mob riots by the criminal Marxist BLM movement, their mostly-white "antifa" thuggish allies, and assorted looters. In this case, "Two police officers have been shot in Louisville, Ky., amid riots following the announcement of an indictment in the shooting of Breonna Taylor. Louisville chief of police Robert Schroeder confirmed that the officers were shot and were taken to a local hospital. Schroeder told reporters that one of the officers was undergoing surgery but in stable condition, while the other was alert and stable. Police have arrested one suspect in the shooting. . . after a grand jury charged just one of the officers involved in the shooting of Taylor in a botched drug bust. Rioters clashed with police throughout Louisville, burning trash cans and calling to defund the city police department."

Last May, hundreds of businesses in the state's Twin Cities — Minneapolis and St. Paul — were damaged or looted during four days of unrest. In Los Angeles, "National Guard troops arrived in the nation's second-largest city overnight after a fourth day of protests Saturday saw demonstrators clash repeatedly with officers, torch police vehicles and pillage businesses. Mayor Eric Garcetti said he asked Gov. Gavin Newsom for 500 to 700 members of the Guard to assist the 10,000 Los Angeles Police Department officers. The California National Guard is being deployed to Los Angeles overnight to support our local response to maintain peace and safety on the streets of our city,' said the mayor, who ordered a rare citywide curfew until Sunday morning. Firefighters responded to dozens of fires, and scores of businesses were damaged. One of the hardest-hit areas was the area around the Grove, a popular high-end outdoor mall west of downtown where hundreds of protesters swarmed the area, showering police with rocks and other objects and vandalizing shops. About 3,000 protesters demonstrated in Brooklyn, and were pushed back by NYPD officers releasing chemical mace after the protests turned violent. A woman was arrested and charged with attempted murder after she threw a Molotov cocktail into an occupied police car.

Things are likely to get worse. A story in The New York Times, a paper very sympathetic to the BLM hoodlums, admits that rioters plan to assault suburban white areas. They will demand that the white residents, who are often elderly, bow down to them and surrender their homes. "Nearly four months after the killing of George Floyd by the Minneapolis police, some protesters against police brutality are taking a more confrontational — and personal — approach. The marches in Portland are increasingly moving to residential and largely white neighborhoods, where demonstrators with bullhorns shout for people to come 'out of your house and into the street' and demonstrate their support. These more aggressive protests target ordinary people going about their lives, especially those who decline to demonstrate allegiance to the cause. That includes a diner in Washington who refused to raise her fist to show support for Black Lives Matter, or, in several cities, confused drivers who happened upon the protests."

Ordinary Americans cannot rely on the police to protect them. In many cases, leftwing governors and mayors have ordered to police to stand down. For them, solidarity with the rioters is more important than the lives and property of decent citizens. We have seen the absurdity of rioters being called "peaceful protestors" when videos show cities aflame. When the police do their duty and counter the violence of the thugs, they are vilified as racists, indicted, and even shot at and killed. In these circumstances, they are hardly likely to stay on the job. If the police don't protect you, you have no legal recourse, and in some places, police won't even investigate cases of looting. "'Neither the Constitution, nor state law, imposes a general duty upon police officers or other governmental officials to protect individual persons from harm — even when they know the harm will occur,' said Darren L. Hutchinson, a professor and associate dean at the University of Florida School of Law. 'Police can watch someone attack you, refuse to intervene and not violate the Constitution.' The Supreme Court has repeatedly held that the government has only a duty to protect persons who are 'in custody,' he pointed out."

What then are we supposed to do? In an interview on the Tucker Carlson show September 23, Danny Coulson, a retired Deputy Assistant Director of the FBI, condemned the rioters. But he thought that there was something even worse than the burning and looting, and this was the main reason he condemned them. Their actions might lead to "vigilante justice". People must not take the law into their own hands—that could lead to chaos. Instead, we must unify around support of the police.

His advice is useless, and it rests on a false premise. How can we support the police, when they aren't protecting us? His advice is like urging us to put out a fire with a hose unattached to a hydrant. The false premise is that vigilante justice is bad. Is it? Let's look at the definition of the term: "Vigilantism is the act of enforcement, investigation or punishment of perceived offenses without legal authority. A vigilante (from Spanish vigilante) is practitioner of vigilantism."

1 Comments in Response to Self-Defense and 'Taking the Law into Your Own Hands.'

The founding father set the country up in such a way that government is directly in the hands of the people, way more than we recognize. Through all kinds of tricky training, government people over the decades have hidden this knowledge from the people. The biggest trick is that they have told us that we have to be represented in court, either by an attorney, or by ourself. But why would you represent yourself when you are present? If you are there, what does representation have to do with it? --- The reason is so that they can get artificial entities to be able to attack you. If you are present, you can require that your opponent be the kind of "person" who can take the oath, get on the stand, where you can question him/her, not his representative.