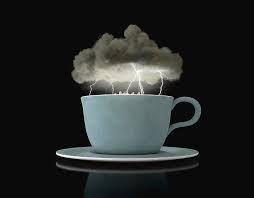 There are some weekends when its best to just not open a newspaper, listen to the wireless, or watch the BBC. If you did you are probably near-suicidal by now at the bleakness predicted ahead. The government is completely and utterly hamstrung by the Pandemic Fear it's created versus the need to reopen the economy. They are tripping up over everything in a storm of confusion. After imploring us to save the NHS the reality is national economic suicide will close it down even faster. Our mop-top premier is nervous and conflicted. A poll at the weekend put Labour ahead in the polls. Well done Sir Kier. Keep hoping Boris trips over his laces for the next 4 years and you will do just fine… As national treasures like Rolls Royce desperately seek funding from overseas, it feels like panic is mounting…

This is the just the way we do things in the UK. We like to fret, panic, tear our hair out.. and then have a nice cup of teaand not worry about it anymore. There, there… it will all be better tomorrow. And sure enough… the sun will eventually rise… On a broken dystopian ruined landscape of economic destruction or a bright new technology-led Britain?

Personally.. I favour the latter… but fear the former.

Top of the madness list is Students being charged £9,000 per annum for not being taught and charged £200 a week to be locked up in solitary confinement because nobody thought they might socialise? Next week it will be something else equally ill-considered and barmy.

There are always pragmatic solutions. The right thing to do with students would be to tell them: