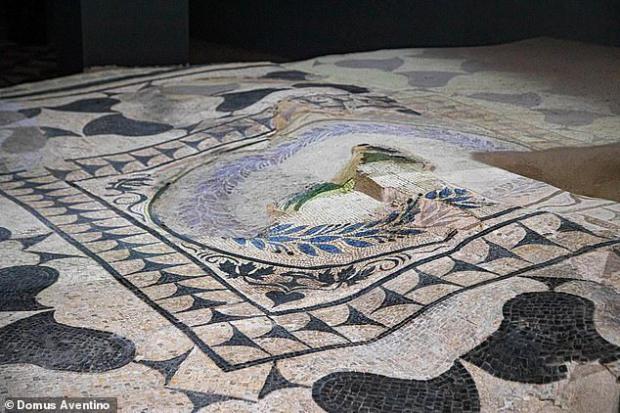 An ancient Roman villa — resplendent with beautifully preserved black-and-white mosaics — has been unearthed under a block of flats at the foot of the Aventine Hill.

Archaeologists first exposed the remains of the home — a so-called 'domus' that would have belonged to members of the upper class — in Rome back in 2014.

Hidden for some two millennia, the now-subterranean villa contained various Roman artefacts — including oil-burning lamps, a key, a hammer, a water tap and a hairpin.

Other finds included an amphorae containing garum — a fermented fish sauce — and bowls decorated with depictions of the goddess Athena and the hero Hercules.

Excavations also revealed a defensive wall from the time of the Roman republic (509–27 BC) and parts of an older stone tower, dating back to the 8th Century BC.

The remains were unearthed when engineers began earthquake proofing the apartment complex, which was built on the site in the 1950s.

In its heyday the villa would have stood in an area of Rome populated, as today, with wealthy citizens and close to the Circus Maximus — the famous chariot-racing stadium and entertainment venue.

The Chauvin Appeal: How The Comments Of The Court & The Prosecutors...