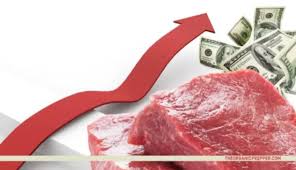 While it might seem like paranoia to some readers, the information provided in that article is very real. In fact, I'm not the only one that's been thinking about it.

Back in 2015, 65 people showed up at the World Wildlife Fund's headquarters in Washington D.C. These individuals were international policymakers, corporate businessmen, academics, and "leaders in thought." Their goal? To run a simulation of a world food crisis that would begin in 2020 and run to 2030.

The press release of the event was published on the Big Ag corporation Cargill website and revealed that the food shortage simulation that the decade between 2020 and 2030 would see two major food crises. During this time, prices would rise 400% of the long term average, there would be a number of climate-related weather events, governments would be toppled in Ukraine and Pakistan, and famine would force refugees from Myanmar, Chad, Sudan, and Bangladesh.