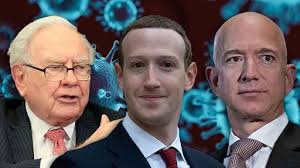 Authored by John Steppling via Off-Guardian.org,

"it's the proper morning to fly into Hell."

"One of the greatest delusions of the average man is to forget that life is death's prisoner."

- Emil Cioran (On the Heights of Despair)

Increasingly, I think, the American public operates in a mild dissociative state. I wrote about it here. It is almost as if people are afflicted with a kind of PTSD - only one where the trauma is generalized, relatively low grade, but ongoing.

Any of us who have questioned the Covid narrative have had to put up with an inordinate amount of hectoring, name-calling, ridicule, and ostracism. I remember when I signed on the artist appeal as part of the Milosevic Defense Committee, and the abuse and anger I faced whenever this topic came up. People who had no history with the region, knew little of the political landscape, would nonetheless wax irate, furious and near tears that I would hold such outrageous positions.

Now, over a decade later, two members of that committee have won Nobel Prizes (Harold Pinter and Peter Handke). You would think that might cause people to take a moment, reflect, recalibrate their thinking on the topic. But alas, it rarely does.

The Covid narrative has generated the same near-hysterical indignation. The narrative, as it has been constructed by the WHO, CDC, and more likely a dozen or so billionaires (including Bill Gates) is so rife with contradiction and illogic that one might think cracks would begin to show.

That many who accept the word of authority in general, might at this point start to question why none of this story makes sense. But no. Not in America anyway. (or rather, to be more precise, there is a pushback, but it keeps to a low profile lest the little Cotton Mathers of the haute bourgeoisie put one in the stocks).

Leave it to America to make the flu into a morality play. However there are clear signs of people waking up. In Europe certainly.

And not only Germany, doctors and health care professionals in Belgium, too. But the governments are sticking to the story they were handed.