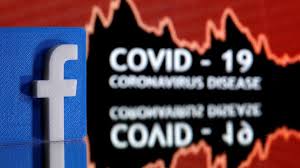 Oct. 13 (UPI) -- Facebook said Tuesday that it will ban ads that "explicitly" discourage vaccine use, expanding on its policy to reject vaccine hoaxes.

The social media company's head of health, Kang-Xing Jin, and Rob Leathern, director of product management, announced the ban against such ads in a joint statement.

"We already don't allow ads with vaccine hoaxes that have been publicly identified by leading global health organizations, such as the World Health Organization and the U.S. Centers for Disease Control and Prevention," they said in the joint statement. "Now, if an ad explicitly discourages someone from getting a vaccine, we'll reject it. Enforcement will begin over the next few days.'

They added that the ban will not include ads that advocate for or against legislation or government policies around vaccines, but those ads will have to be authorized and will include a "paid for by" label for people to see who is behind them.

"If an ad that advocates for/against legislation or government policies explicitly discourages a vaccine, it will be rejected," a Facebook spokesperson told CNBC. "That includes portraying vaccines as useless, ineffective, unsafe or unhealthy, describing the disease vaccines are created for as harmless, or the ingredients in vaccines as harmful or deadly."