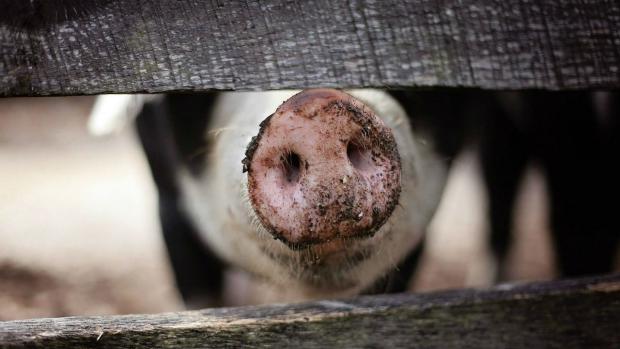 Researchers from Columbia University have successfully grown a jawbone from pig fat in a bid to help the nearly 10 million people in the US suffering with jaw joint dysfunction.

Liposuction was used to extract fat from a live animal, allowing the team to isolate the stem cells that were then enlarged in culture to gather a sufficient number to create a large transplant.

The team programmed the cells to turn into bone and placed them in a mold that is shaped like the temporomandibular, which is the bone in the jaw linked to dysfunction – and it grew in just five weeks.

The bones were implanted into pigs that had their jawbones removed and following the operation, the animals were able to eat right away.

'The temporomandibular joint (TMJ), which forms the back portion of the lower jaw and connects your jaw to your skull, is an anatomically complex and highly loaded structure consisting of cartilage and bone,' researchers shared in a statement.

'About 10 million people in the United States alone suffer from TMJ dysfunction due to birth defects, trauma, or disease.'

'Current treatments range from steroid injections that provide only a temporary pain relief, to surgical reconstructions using either prosthetic devices or donor tissue, and often fail to provide long-lasting repair.'