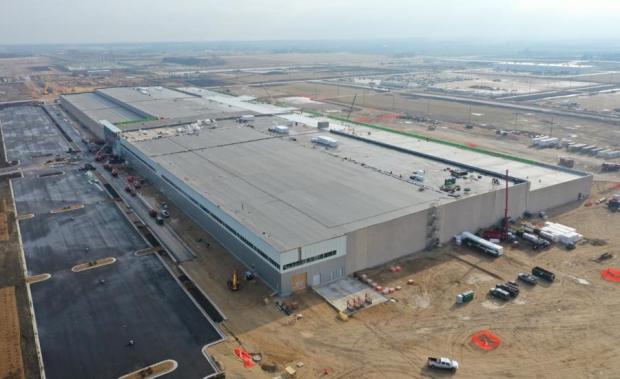 The project was announced shortly after President Trump's upset election victory, but quickly ran aground as reporters complained that the facility being built by Foxconn bore little resemblance to the enormous Gen 10.5 LCD factory the company had promised.

In fact, the factory isn't even big enough to serve as a smaller Gen 6 LCD "fab". In a report published this week by the Verge, following an FOIA battle with the state of Wisconsin, shows that the factory isn't really a factory at all - it's essentially a warehouse that would be better suited for product demonstrations than commercial use.

The determination essentially confirms the state's worst fears: Foxconn and its founder, Terry Guo, never intended to actually build a factory in Wisconsin. They were merely in it to try and take advantage of whatever 'tax credits' the state - at the time led by Republican Gov Scott Walker - might hand out.

So far, the state has seemingly wasted hundreds of millions of dollars on preparations for the factory site. But thanks to Foxconn's repeated failures to hold up its end of the bargain as laid out in a contract between Foxconn and Wisconsin's Division of Executive Budget and Finance, the state entity responsible for overseeing the project, none of the state subsidy money has been disbursed.

And in this latest document, which offers more insight into why the state has decided to withhold the money (read more about the original denial here),

Joel Brennan, Wisconsin Secretary of the Department of Administration and one of the state officials who signed the memo shared by the Verge, told its reporter that "clearly the Gen 6 that's been discussed and built in Mount Pleasant is not similar to other Gen 6 fabs around the world." Brennan said the memo was an attempt to share the state's findings and those of industry experts to try and cut through the confusion and mystery that has permeated the project.