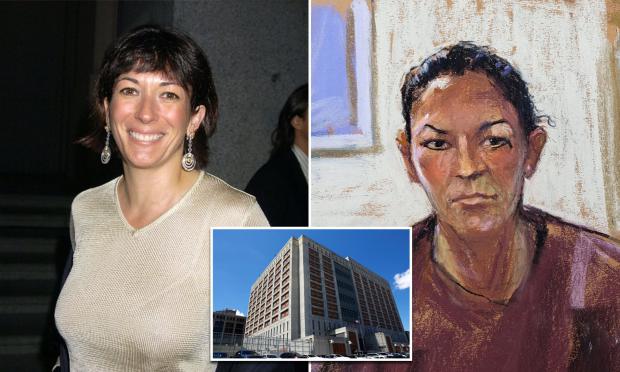 The 58-year-old socialite is currently being held in a grim New York jail after being denied bail when prosecutors successfully argued her wealth and multiple passports made her a flight risk.

Brian Basham, a public relations veteran and close friend of the Maxwell family, says prison guards have stopped talking to her and she is in solitary confinement in a 9-foot by 7-foot cell.

He's helping Maxwell's family in their bid to have her freed on bail.

"She is on her own floor and has a very small cell but doesn't have a table to put her computer on," Basham told the Daily Mail.

"I'm told by the family that she has a camera in the ceiling and another camera that is 4ft away from her and they adjust it when she moves about.

"They were waking her up every three hours to search her and the noise outside her cell with the guards laughing and joking and yelling to each other is very disturbing, so she hasn't got much sleep. It's bizarre."

Georgia Recount Uncovers 2,600 Uncounted Ballots in One County, Most for Trump

Nigeria sues Pfizer for $7bn over 'illegal' tests on children