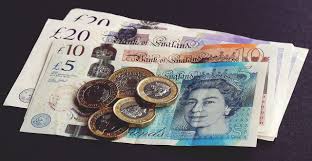 With its systemic exposure to the Eurozone, sterling is likely to be a casualty of the failure of the euro system and shares the monetary hyperinflation characteristics of the dollar. The Bank of England is copying US monetary policies and will find it increasingly difficult to prevent the pound from escaping the same fate as the dollar.

Adjusting out QE of £300bn since last March tells us that measured in 2019 pounds the UK economy contracted by 34% in 1H 2020, not the 9.3% headline figure. A further round of QE and government spending will be deployed in an attempt to support the private sector economy through a second covid wave, which will almost certainly be greater than the initial £300bn—£317bn so far.

The Bank of England has now accepted that a second round of stimulus is required and is exploring the possibility of introducing negative interest rates. It has yet to factor in the deterioration in the outlook for global trade which will force it into further rounds of QE, irrespective of the path of the virus.

Britain's banks, themselves exceptionally highly leveraged on a market capitalisation to balance sheet assets basis, are heavily exposed to the Eurozone's banking system, which as I showed in last week's article is could collapse in the near future. Rescuing British banks will require the government to underwrite at least a further £5.3 trillion in balance sheet assets at a time of mounting bad debts in the economy.