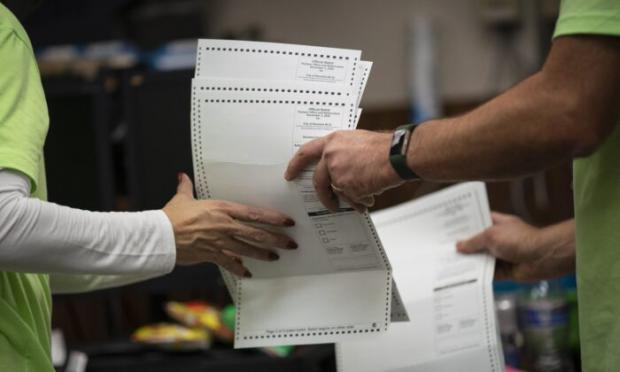 However, it did note that it made a donation to the Bill- and Hillary Clinton-operated Clinton Foundation and did not dispute that a former staffer of House Speaker Nancy Pelosi (D-Calif.) was hired as a lobbyist.

In a lengthy statement, the Colorado-based voting systems provider first refuted that it has no ties to Smartmatic, another voting software maker, but it did note that the two firms worked together in the Philippines and said it bought some assets from Smartmatic-linked Sequoia about 10 years ago, adding that the two companies had legal disputes. Some Trump campaign officials made claims in recent interviews that Smartmatic had links to Dominion.

Dominion has been at the center of controversy since Election Day after Antrim County, Michigan, showed Joe Biden beating President Donald Trump before the results were reversed, with county officials saying the error was due to the county clerk not updating software.

Dominion linked to an AP report that noted that Pelosi Chief of Staff Nadeam Elshami "is part of a lobbying team representing Dominion, according to public disclosures," adding that the team "includes Brian Wild, who counts Republicans such as former House Speaker John Boehner and former Vice President Dick Cheney among his past bosses."

Trump campaign attorney Sidney Powell, over the weekend, alleged that Smartmatic and Dominion were used to bolster Biden over Trump.