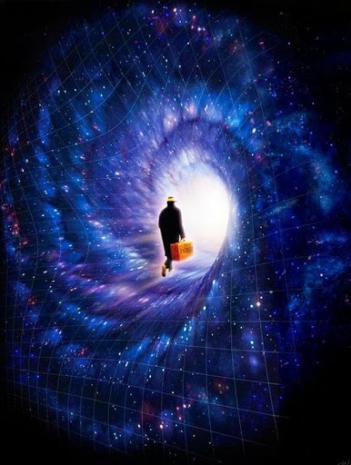 Nicolle said, "You now have a true, a true alternate reality…  I mean, they are pumping flagrant lies into millions of viewers. They're interviewing lunatics.."  Nicolle's guest, the brilliant Al Sharpton (of Tawana Brawley hoax fame) said, "We're now in a nation where facts don't matter. You make up facts. And not only do you have an alternative reality, how do you debate someone that is dealing with a totally fictitious premise?

This talk of the alternate, fictional reality inhabited by Trump supporters has been expressed many times by those on the left.  After the Nunes memo was released, exposing parts of the Russia Hoax, CNN's Brian Stelter said that Sean Hannity was promoting the Nunes lies and he called the story an "alternate reality".  Stelter's viewers knew for sure that Trump colluded with Russia,  just like the honorable Adam Schiff said.  Stelter was proud that his viewers knew the truth.

Regarding the current claims of possible election fraud, Stelter said, "This is not an alternative reality. This is a parallel universe of disinformation."  Other reporters have added that Fox is, " presenting you with absolute utter lies and nonsense and conspiracy theories.  … These viewers slash victims are not able to differentiate between fantasy and reality. That's dangerous."

It is instructive to make a list of 'Things That Are True', as asserted by the leftist media and contrast it with the 'Delusions' that are commonly held by the foolish Trump supporters.

In the list below, "T" indicates the certainly 'True Things', as reported by the very wise people in leftist media.  "D" indicates the 'Delusions' held by the Trump supporters, who "are not able to differentiate between fantasy and reality."

T:  This was a very clean and honest election.  There is no evidence of fraud. Claims to the contrary are baseless conspiracy theories.

D:  There is massive evidence of election fraud of every type, including programmed computer cheating, dead people voting, and massive dumps of Biden votes in the middle of the night.  There is also extremely strong statistical evidence of vote total manipulation.