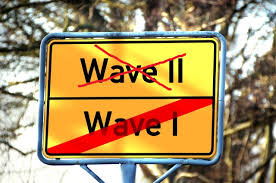 A new interview with this former chief science officer at Pfizer, which was pulled from YouTube within two hours, reveals that the so-called "second wave" of the Wuhan coronavirus (Covid-19) is completely nonexistent.

Despite the false claims being made by the lying mainstream media, people are not dying in the streets from the novel virus, nor are they really even "catching" it anymore. It's a thing of the past, meaning it is time to move on and forget this ever happened.

According to Dr. Yeadon, "there is no science to suggest a second wave should happen." Covid-19 tests are junk science, he says, and the whole idea of "new cases" multiplying exponential is utter bunk.

The only thing that is actually happening is that the media and phony public health authorities like Anthony Fauci are manufacturing a crisis that does not exist in order to keep people locked down and wearing masks until a magical vaccine appears to make it all go away.

"Almost all" of the tests for Covid-19 are producing false positives, Dr. Yeadon warns. Not only that, but the threshold for herd immunity is significantly lower than the experts claim, meaning it has probably already been reached.