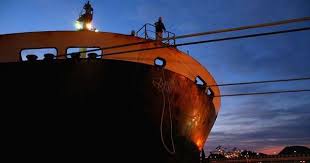 Bloomberg, citing shipping data from Kpler, said 66 vessels are loaded with Australian coal had been moored off China's coast for more than a month. The ships collectively have 5.7 million tons of coal and about 1,000 seafarers onboard. Vessel sizes range from Capesize to Panamax.

The ban on Australian coal is occurring as both countries are locked in a one-sided trade war, with Beijing slapping tariffs and blacklisting commodities from the country this year.

A recent report from the shipbroker said some of the vessels were being diverted from China's coast to other countries, such as India or Vietnam.