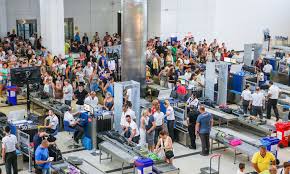 Daily deaths from COVID-19 in the United States have surpassed 2,100 for the first since May as millions of Americans continue to ignore CDC travel guidance and dire warnings from health experts that Thanksgiving could be the 'mother of all superspreader events'.

The daily death toll across the country spiked to 2,146 yesterday, which is the highest number of deaths per day since May 8 during the initial peak of the virus. Nine states, including North Dakota, Ohio, Washington, Indiana, Missouri, Wisconsin, Oregon, Maine and Alaska, reported record numbers of deaths yesterday.

Health officials have been warning for weeks that deaths, which are a lagging indicator, would increase after the number of cases and hospitalizations started surging in late September.

There were 172,935 new cases recorded yesterday alone and the number of infections has consistently been well above 100,000 every day for the last three weeks.

There is currently a record 88,000 patients being treated in hospitals across the country. The US has repeatedly set daily records for the number of hospitalizations for the past month and 30 of the 50 states have reported a record number of COVID-19-related hospitalizations in November alone.

Despite the devastating figures and the fact that hospitals are already overwhelmed in parts of the country, the death toll is only expected to surge with millions defying official warnings and traveling for Thursday's Thanksgiving holiday.

Dr Anthony Fauci warned that the US is already in the middle of a spike and that the true impact of Thanksgiving travel and gatherings won't be seen for another three weeks when infections and hospitalizations could surge even higher.