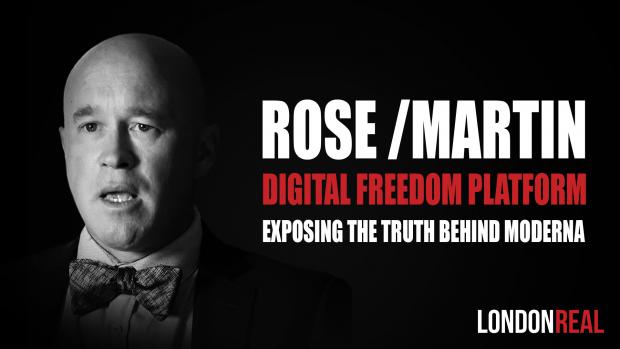 Guest on the Plandemic: Indoctornation documentary

Until recently best known as the founder of M·CAM®, the international leader in innovation finance, trade, and intangible asset finance, David E. Martin is a modern day renaissance man, whose roles have included Professor, Lecturer, Chairman and CEO.

From the halls of parliament to HBO comedy and documentary films such as the internationally acclaimed and multi-awarded Patent Wars and Future Dreaming, Dr. Martin takes on some of the world's most complex economic and social themes using solutions that he's successfully deployed in his work with over 160 countries.

He recently appeared in Mikki Willis' documentary, Plandemic: Indoctornation where he revealed the truth behind the vaccine agenda and how following the money had led him to a number of conclusions about what is really going on during the Coronavirus crisis.

With Plandemic: Indoctornation being viewed over 5.7 million times on the Digital Freedom Platform alone, David has become an important voice as part of informed discourse around Coronavirus and our response as a society, with his recent research continuing to focus on vaccines, patents and the role of companies such as Moderna.

David's other work includes financial engineering and investment, public speaking and writing, he has also served as an advisor to numerous Central Banks, global economic forums, the World Bank and International Finance Corporation and national governments around the world.

He has been instrumental in rebuilding lives and livelihoods in post-conflict, post-colonial, and environmentally devastated regions of the world. He is the architect for the world's first public equity quantitative market index based on human innovation.