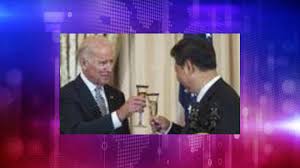 "The intelligence is clear," writes Ratcliffe in an Wall Street Journal op-ed. "Beijing intends to dominate the U.S. and the rest of the planet economically, militarily and technologically. Many of China's major public initiatives and prominent companies offer only a layer of camouflage to the activities of the Chinese Communist Party."

China employs what Ratcliffe calls a "rob, replicate and replace" strategy of economic espionage, by which Beijing robs US companies of their intellectual property, copies it, and then replaces the US firm they stole from in the global marketplace.

Ratcliffe points to the case of Chinese wind-turbine manufacturer Sinovel - which in 2018 a federal jury found guilty of stealing trade secrets from American Superconductor - costing the US firm over 700 jobs and $1 billion in shareholder value. Sinovel now sells wind turbines worldwide "as if it built a legitimate business through ingenuity and hard work rather than theft."

US intelligence agencies, meanwhile, have been hot on China's trail:

The FBI frequently arrests Chinese nationals for stealing research-and-development secrets. Until the head of Harvard's Chemistry Department was arrested earlier this year, China was allegedly paying him $50,000 a month as part of a plan to attract top scientists and reward them for stealing information. The professor has pleaded not guilty to making false statements to U.S. authorities. Three scientists were ousted in 2019 from MD Anderson Cancer Center in Houston over concerns about China's theft of cancer research. The U.S. government estimates that China's intellectual-property theft costs America as much as $500 billion a year, or between $4,000 and $6,000 per U.S. household. -WSJ