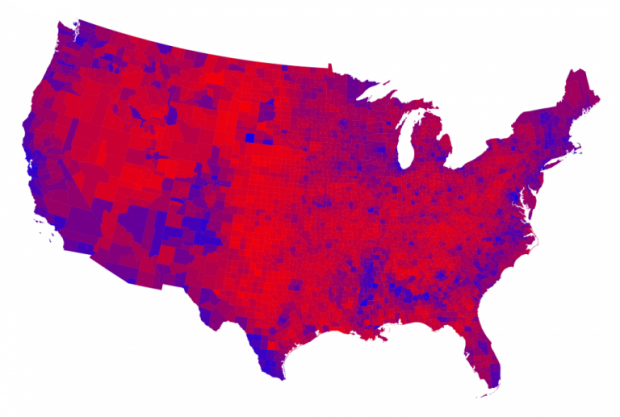 2020 marked an epoch in American history, standing alongside 1865, 1787, and 1776. First there was the COVID-19 pandemic, then there were the racial protests and riots throughout the summer, and then there was the disputed presidential election. Finally and most cataclysmically, though, 2020 witnessed the initial formation of the United American Counties (UACo) within the former United States of America. Five years later, it is only now becoming possible to assess the most important causes and consequences of this momentous development for American political society.

As with most politically revolutionary events, the Declaration of UACo Independence was almost entirely unforeseen before it occurred, but almost inevitable in hindsight. By the early 2010s two things were clear:

(1) Americans had become increasingly polarized in their worldviews and political beliefs; and

(2) These polarized halves of the U.S. were increasingly sorting themselves into either urban or suburban/rural areas.

Trump's election in 2016 put a spotlight on these political realities; as Trump frequently boasted, the 2016 electoral map looked like a sea of red surrounding islands of blue. In 2020, that situation was essentially unchanged.