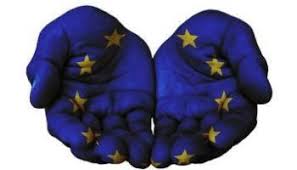 The actual introduction of cash took place in 2002. Denmark, Great Britain, and Sweden, however, retained their national currencies - and still do today.

Poland, the Czech Republic, and Hungary, which joined in 2004, also stubbornly resisted giving up the z?oty, koruna, and forint for the euro.

From the beginning, there were two competing views on what kind of fiat currency the European Central Bank's (ECB) money should be. The euro was sold to a skeptical German public as the successor to the Deutsche mark. The common currency was not to be used to directly finance government budgets. Many Germans feared that they would have to pay for the high debts of the southern countries.

Thus, the ECB was contractually prohibited from acquiring government debt directly, although it did accept debt as collateral for bank loans from the outset. In addition, the Maastricht Treaty, signed in 1992, provided in the no-bailout clause (article 125 of the Treaty on the Functioning of the European Union [TFEU]) that euro states were not liable for the debts of other member states.