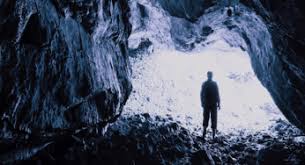 Back then the talk in the front seat of the car between my parents was New York City's bankruptcy. My dad, NYPD at the time, was as much a part of this as anyone since the Police pension fund helped bail out the city government back then.

The West Side Highway fell down and because of that I grew up with a fear of heights and, especially bridges. I really hated taking the back way (New Jersey) into Staten Island. The mere mention of the Outer Bridge crossing would nearly put me into a panic attack.

I remember thinking then, "If these people can't pay the bills now, what's it going to be in ten or twenty years?" Sure, I was a naive ten or eleven at the time and had no idea about capital flight, but the sentiment was sound.

Even then the Emperor was naked to this child's eyes. This was Rome near the end and the Sword of Damocles hung over the heads of my generation in ways we could barely articulate.

200th Anniversary of a Great American Demolition of Tyranny