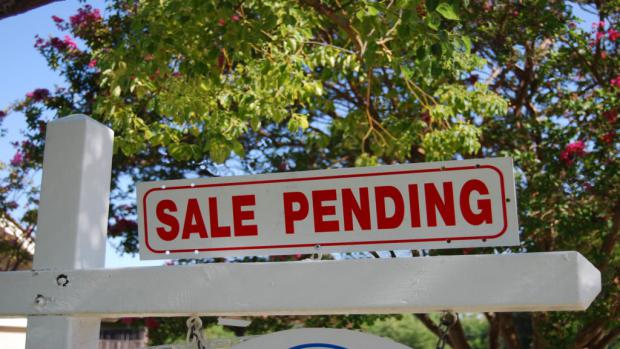 While new- and existing-home sales fell in November, analysts expected pending-home-sales to stabilize unchanged (after falling 1.1% in October) but instead it tumbled 2.6% MoM - its third monthly decline in a row.

This is also the worst MoM drop since April when COVID lockdowns were widespread. This monthly drop also weakened the YoY surge to +16.0%. 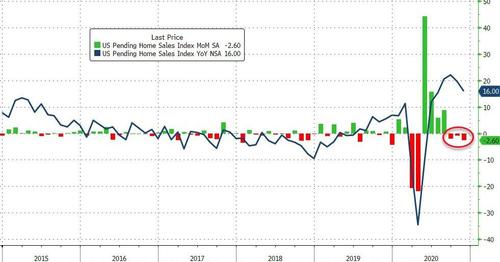 Pending home sales declined in all four major U.S. regions. The gauge of contract signings in the West dropped 4.7% to a four-month low. In the Midwest, pending sales declined 3.1%, while in the South they fell 1.1%.

"The latest monthly decline is largely due to the shortage of inventory and fast-rising home prices," Lawrence Yun, NAR's chief economist, said in a statement.

"The market is incredibly swift this winter with the listed homes going under contract on average at less than a month due to a backlog of buyers wanting to take advantage of record-low mortgage rates."