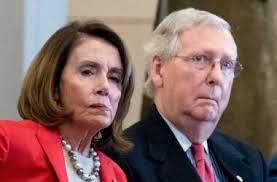 The upper house on Friday afternoon passed the bill without the president's signature with an 80–13 vote—the first time a Trump veto has been overridden. The debate over the bill was ended earlier in the day with the same result.

The House voted late Monday to override Trump's veto with a 322–87 vote.

Senate Majority Leader Mitch McConnell (R-Ky.) has indicated early this week that his chamber would vote to override Trump's veto. He urged the Senate Republicans to pass the bill breaking away from the president.

The president said that the Republicans lost a chance to abandon Section 230 after the Senate override.

"Our Republican Senate just missed the opportunity to get rid of Section 230, which gives unlimited power to Big Tech companies," he stated in a Twitter post.