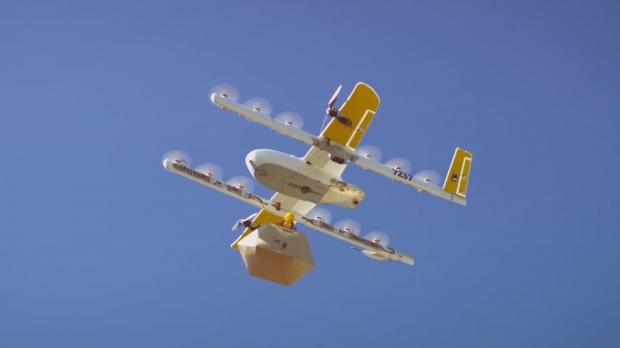 This past week, the US government made the single biggest, most impactful set of changes to drone law we've yet seen — ruling that almost every drone in US airspace will need to broadcast their locations, as well as the location of their pilots, in order to "address safety, national security, and law enforcement concerns regarding the further integration of these aircraft into the airspace of the United States".

Google (technically, Alphabet) isn't too happy about those new rules, as it turns out. The company's drone delivery subsidiary Wing wrote a somewhat fearmongering post (via Reuters) titled "Broadcast-Only Remote Identification of Drones May Have Unintended Consequences for American Consumers," which argues that the FAA's decision to have drones broadcast their location might let observers track your movements, figuring out where you go, where you live, and where and when you receive packages, among other examples.

"American communities would not accept this type of surveillance of their deliveries or taxi trips on the road. They should not accept it in the sky," Wing argues.

With that kind of language, you might think Wing is arguing that drones shouldn't broadcast their location, yes? Amusingly, no: the Alphabet subsidiary just wishes they'd send it through the internet instead of broadcasting it locally. I think my former CNET colleague Ian Sherr's tweet is apt:

I am shocked — shocked — that a company being investigated for antitrust concerns over abusing its power on the internet would recommend the FAA ditch its newest radio-frequency ID program for internet-based tracking. https://t.co/d6VNMPapth