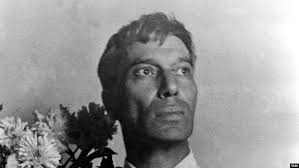 If you were the only person in the world who thought yourself a genius, it would be an embarrassment to be named Barry Parsnip.

Robert Zimmerman solved the nomenclature problem. He became Bob Dylan – and Hey Presto! He won the Nobel Prize for Literature for 2016.

Barry Parsnip (aka Boris Pasternak) didn't solve the problem. But it was solved for him by a combination of the British, US and Soviet secret services, with an assist from the Dutch and Italians.  He won the Nobel Prize for Literature for 1958 before his novel, Doctor Zhivago, had been read in the original Russian by more than a thousand people, counting government officials. Following the prize-giving until now, about 10 million people have read it, mostly in translation.

But time and numbers haven't improved either on Parsnip or on Zhivago. It is still, as Vladimir Nabokov said at the start, "a sorry thing, clumsy, trite, and melodramatic, with stock situations, voluptuous lawyers, unbelievable girls, romantic robbers, and trite coincidences."  Kornei  Chukovsky, Pasternak's neighbour and comrade, thought the novel was "boring, banal."  Yevgeny Yevtushenko said it was "disappointing". Anna Akhmatova told Pasternak to his face that Zhivago was a bad novel "except for the landscapes." She was being ironic – there are no landscapes in the book.