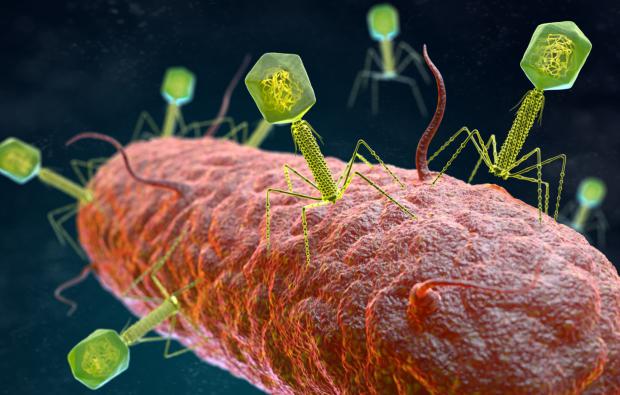 Viruses firmly hold the world's attention at the moment, but we shouldn't ignore the rising health threat that bacteria pose, too. The crafty critters are fast evolving resistance to antibiotics, meaning our best drugs could soon stop working entirely. Now researchers in Australia have found a way to bypass drug resistance in these so-called superbugs – by distracting them with predatory viruses.

Antibiotics were one of the most important medical breakthroughs of the 20th century, saving countless lives by clearing out infections that previously may have been lethal. Unfortunately, we've been locked in a biological arms race ever since, as bacteria develop better and better defenses against the drugs.

And the tide is slowly turning in their favor. Our last line of defense is already beginning to fail, with some bacteria now impervious to anything we can throw at them. Studies have predicted that if this trend continues, superbugs could kill as many as 10 million people a year by 2050.

In an effort to find new treatments, scientists are beginning to circle back to old, discarded ideas. At the top of the list is phage therapy, which uses bacteriophages – tiny viruses that prey solely on bacteria – to hunt down the superbugs. Since antibiotics were discovered soon after phages were, there was never a dire need to develop phage therapy further. Until now.