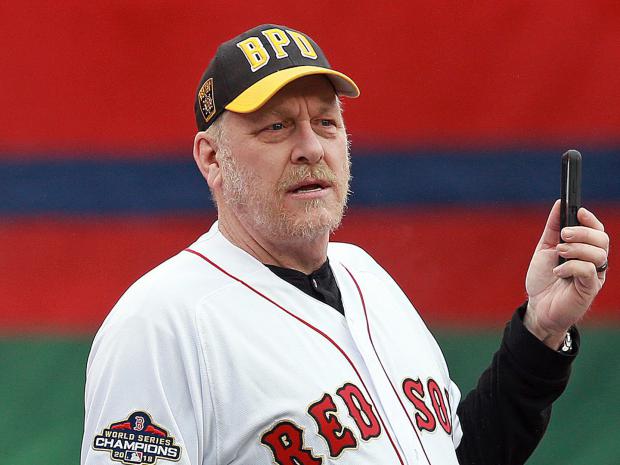 Baseball star Curt Schilling has claimed his insurance policy has been canceled by AIG after the Donald Trump fan tweeted in support of the Capitol rioters.

The Red Sox legend tweeted: 'We will be just fine, but wanted to let Americans know that @AIGinsurance canceled our insurance due to my 'Social Media profile'.'

Schilling - who goes by 'President Elect Curt Schilling' on Twitter - had last week shared his thoughts on the siege at the Capitol, saying the rioters started 'confrontation for sh*t that matters'.

He tweeted: 'You cowards sat on your hands, did nothing while liberal trash looted rioted and burned for air Jordan's and big screens, sit back, stfu, and watch folks start a confrontation for s**t that matters like rights, democracy and the end of govt corruption. #itshappening.'

After some followers questioned his claims about AIG Tuesday, Schilling replied with a screenshot of his alleged correspondence with the company. He later said he was a 'AAA customer with zero claims in our 17 years with them'.

The screenshot read in part that canceling Schilling's insurance plan was 'a management decision that was made collectively between underwriting and marketing teams that could not be overturned.'

Mayor Bill de Blasio said Wednesday New York City is canceling Trump by ending its long-standing contracts for the iconic skating rinks in Central Park, the park carousel and Ferry Point Golf Course in the Bronx. The president has already been canceled by banks, big business, big tech and even the game of golf.