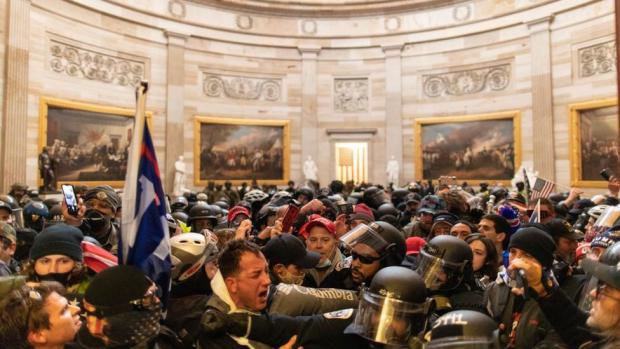 Don't Fall For The Establishment's Tall Tales.  There Was No "Violent Assault on the Capitol" and There is Abundant Evidence of Electoral Fraud

Think intelligently.  The rally for Trump on January 6 was massive, which is why the presstitutes did not show it to you.  No other politician anywhere in the Western World could produce such a turnout of support.  For the rest of the politicians in the West, such a turnout would be in opposition like the long-lived "yellow vest" protest in France and the massive protests in Germany against the Covid restrictions.

Here was the situation on January 6, 2021.  Members have applied rules that require the House and Senate to listen to the evidence of election fraud. As Lew Rockwell points out, this means the public would also hear the evidence for the first time.  https://www.lewrockwell.com/2021/01/lew-rockwell/the-truth-about-january-6-and-where-we-should-go-from-here/

The evidence will show enormous fraud in the swing states where the election was stolen. Regardless of the evidence, everyone suspects Biden is going to be found the winner, because that is what the Establishment demands and has the means to enforce with media, Antifa, and BLM as threats to be unleashed and campaign contributions to cut off`.  Large majorities of both parties would prefer not to see the evidence than to have to vote against the evidence.

The situation is pregnant with glory for Trump. Congress is putting him out of office in the face of a massive demonstration from 50 states in support of Trump.