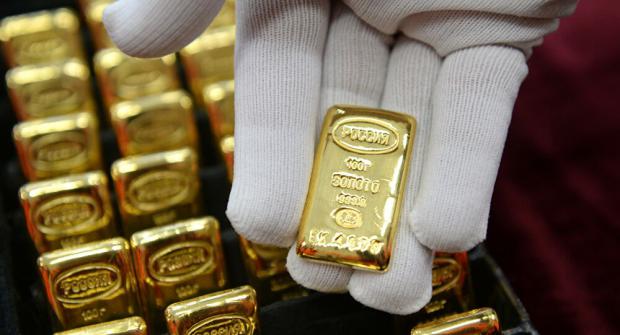 Russia's gold holdings eclipsed its dollar reserves last year despite a halt in gold purchases. This was partly due to an increase in the value of its gold holdings with the rise in gold prices, and partly a function of the central bank's continued efforts to shed dollar assets.

Russia's shrinking dollar reserves was no accident. It was an intentional "de-dollarization" policy outlined by President Putin to lower the country's exposure to the United States and shield it from the threat of US sanctions.

Gold now ranks as the second-largest component of Russia's central bank reserves only behind euros. The Central Bank of Russia has also increased its holdings of yuan. The Chinese currency now makes up about 12% of Russian reserves.

Before ending its purchase program last spring, Russia was the biggest central bank buyer of gold. The Central Bank of Russia bought $4.3 billion worth of the yellow metal between June 2019 and June 2020, according to the report.

But the Russians were buying gold long before that. The Central Bank of Russia bought gold every month from March 2015. According to Bloomberg, "Russia spent more than $40 billion building a war chest of gold over the past five years, making it the world's biggest buyer."