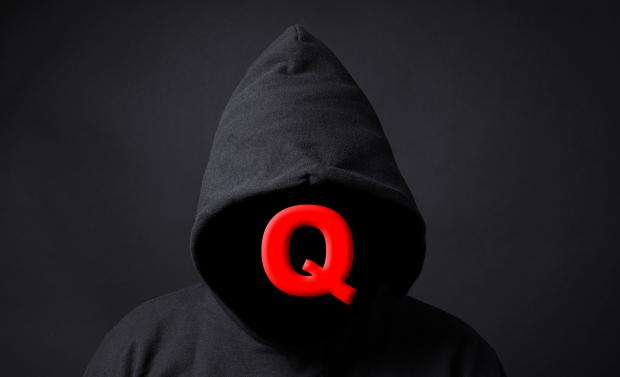 In a small way, I still do, though after the 'Capitol Siege' and iconic fail, followed by Donald Trump's wide scale de-platforming, my faith has collapsed.

And faith it was, for there was never confirmation of Q Anon's veracity, not to my knowledge. Not from any source that could not be easily faked by the powers that be.

Never did Trump explicitly accept Q Anon as the guerrilla info war voice it pretends to be. As the truth he did not dare voice in public. As if Trump was one to hold his tongue.

He is non the less complicit. His plausible deniability in the authenticity of Q has always been maintained. This, I can only conclude now was intentional. Not because Trump was Q. But because he found it convenient that this popular myth of a secret revolution brewing lifted his fanbase's moral.

And in the info war. Servers are battle ships and moral is strength.

Q Anon also, elevated Trump, from a mere mortal to a 'God Emperor' of meme-etic omnipotence.

Trump is a great entrepreneur yes, I believe so. I also believe he is a brilliant orator to the masses, the populism he awoke is proof of that. An empathetic elite, the main quality that he has over the media and the Democrats. A quality which they will never ever admit he has. It is this empathy that allowed him to reach the great number of 75,000,000 Americans, breaking records of political support and setting the stage for a century of tensions between populism and the corporate political establishment.

(If you believe the exact opposite of me in regards to Trump, which many do. Then let me say how tragic it is. That we can see each other standing across parallel realities and yet fail to find the truth.)

But Trump was also a playboy, a sinner, a man of flesh and bone. Not the savior that Q Anon elevated him to, in this pseduo-religious fantastical way. I fell for it too.