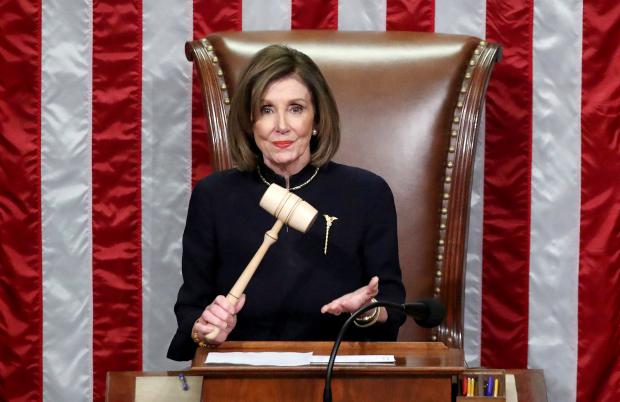 This is slightly ahead of McConnell's plan - which had hoped for delivery on January 28th - but as far as the rest of the timeline is concerned, there is no apparent change yet.

The apparent rush seems to signal that Democrats are more keen to stop Trump from ever being able to run for office again than they are for providing stimulus to Americans?

While the left is split between wanting to hammer the final nail in Trump's coffin (through the Senate impeachment trial) and tending to its aggressive agenda of new laws, spending, and government control, U.S. Senate Republican Leader Mitch McConnell (R-KY) issued a statement today regarding his proposed timeline for the first phases of an impeachment trial of former president Trump.

"I have sent a proposed timeline for the first phases of the upcoming impeachment trial to Leader Schumer and look forward to continuing to discuss it with him.

"Senate Republicans are strongly united behind the principle that the institution of the Senate, the office of the presidency, and former President Trump himself all deserve a full and fair process that respects his rights and the serious factual, legal, and constitutional questions at stake. Given the unprecedented speed of the House's process, our proposed timeline for the initial phases includes a modest and reasonable amount of additional time for both sides to assemble their arguments before the Senate would begin to hear them.

"At this time of strong political passions, Senate Republicans believe it is absolutely imperative that we do not allow a half-baked process to short-circuit the due process that former President Trump deserves or damage the Senate or the presidency."