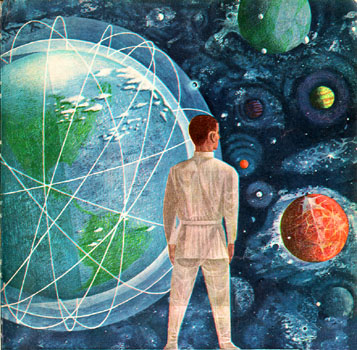 The entire point for Elon is to sustain the species indefinitely.

Joe Rogan also asked Elon about aliens. Elon answered that there either many aliens or no aliens.

Nextbigfuture believes species sustainability should be achieved by 2100.

The energy system will be mostly solar, wind, batteries and nuclear by 2060-2080.

Advanced modular nuclear fission and useful for propulsion nuclear fusion should be here by 2040.

I think a breakthrough with molecular nanotechnology is still likely within 20 years.

Multi-gigawatt laser arrays to propel spacecraft in the solar at high speeds will be implemented by 2050.

Once SpaceX has mass-produced rapidly reusable rockets, this will transform air cargo delivery on Earth and then human long-range air transport. This will also rapidly allow colonization and tourism of the Earth-cislunar area by 2035.

Huge mystery blob found under the moon's far side