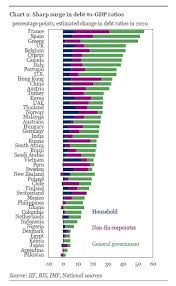 Global government debt is expected to increase by another $10 trillion this year and surpass $92 trillion. It is highly likely total world (government, corporate, bank and household debt will pass $300 trillion by the end of 2021.

What Does All of This Debt Mean?

There has been no political will to actually pay down debt. The best achievement was to hold debt to GDP stable for a decade.