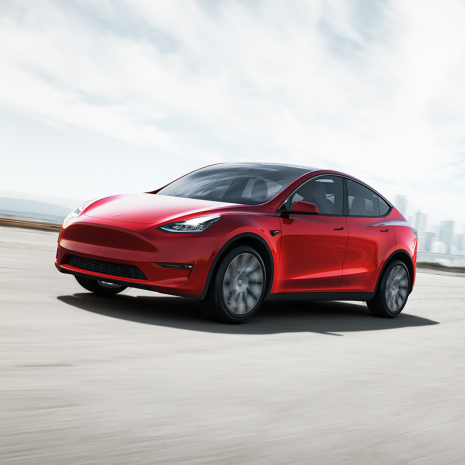 Even the pro-Tesla lemmings over at electrek had to admit that the company's broader pricing and configurator changes are "becoming hard to follow". Could the volatility in pricing and offerings be because the company is being run by a Mountain Dew-guzzling, Monty Python watching, Fornite-playing, meme generating, Dogecoin-pumping, pot smoking manchild instead of an actual CEO? Apparently, Tesla's board doesn't seem to think so.

But we digress. At the moment, the only Model Y available is the $48,990 long range all wheel drive version. Electrek also noted that the idea of a base Model Y was not being embraced by Musk due to "unacceptably low" range:

Last month, Tesla launched a new Model Y Standard Range RWD with 244 miles of range. The launch was surprising considering CEO Elon Musk said that Tesla won't produce the version of the Model Y because he said that the range would be "unacceptably low" at less than 250 miles. Tesla released the version of the vehicle with an EPA estimated range of 244 miles and a starting price of $42,000.

Shortly thereafter, Edmunds released a bombshell, claiming that "every single Tesla" they tested didn't meet its EPA estimated range. This list included the 2020 Model Y Performance, which had a range of 263 miles versus a claimed range of 291 miles. We would have loved to have seen the base model's range, when tested.

"It's not clear why Tesla dropped the Standard Range trim," the Yahoo report says. It had just cut the base Model Y price to $39,900 just days prior.