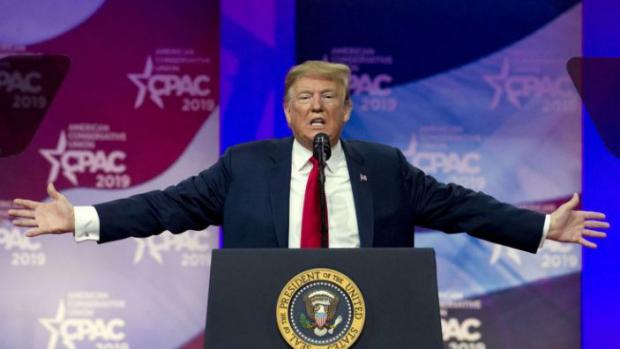 Instead, one theme will rule them all — fealty to Trump.

The former president plans to use Sunday, the final day of the Conservative Political Action Conference, for his first public speech since leaving the White House just over a month ago. Throughout the weekend, loyalty tests will be everywhere — panels touting Trump's false claims of election fraud, speeches from Republican hopefuls who will compete to praise him, and a straw poll designed to show him as the favorite for the party's 2024 presidential nomination.

"He's not done with politics," said Matt Schlapp, the American Conservative Union chairman and organizer of the annual conference known as CPAC. "Does he run again? That's to be determined. But he is going to mess around in the political environment every day of this cycle."