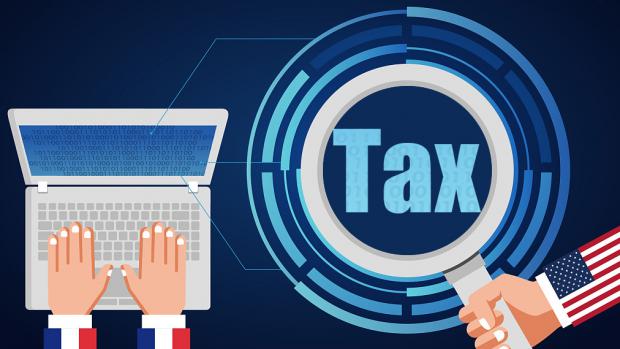 The US shift -- part of a broader repositioning by President Joe Biden from the "America First" agenda of former President Donald Trump -- prompted immediate praise from Germany and France, which said a deal was now "within reach" following the US pivot.

Yellen announced at the G20 finance ministers meeting that US officials "will engage robustly" in the talks and "is no longer advocating for 'safe harbor' implementation of Pillar 1," a Treasury official told AFP.

The Trump administration had insisted on a so-called safe harbor clause in the OECD tax that effectively would have allowed big tech companies to comply voluntarily, blocking progress on a deal.

The Organization for Economic Cooperation and Development has been working on a multilateral agreement that would include a global minimum corporate tax rate on tech giants.

The aim is to find a common solution to address the policy dilemma of how to tax profits earned in one country by a company headquartered in another that offers more favorable tax treatment.

European officials said the US shift was an important breakthrough.

"This is a giant step forward on our path towards an agreement among the participating states by the summer," German Finance Minister Olaf Scholz said in a statement following virtual talks with his G20 counterparts.

French Economy Minister Bruno Le Maire said a deal should be reached by summer, calling for negotiations to be "concluded without delay."