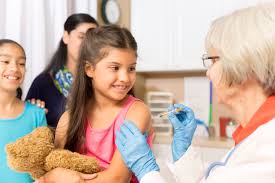 Peanut allergies barely existed in America before vaccines, now they're so extreme for some kids you can't even open a jar of peanut butter across the room without them going into convulsions or a seizure. Severe peanut allergies have been on the rise for three decades, coinciding with the CDC tripling the number of vaccines children get before age 7. Not a coincidence. Many of today's vaccines are prepared in peanut oil and it is "non-disclosed" even though the allergen is still present. That is a scientific fact.

Next on the chopping block: Monosodium Glutamate. Yes, the concentrated salt that causes severe dehydration almost instantly, leading to intolerable migraine headaches. Many Americans are severely allergic to MSG, and will vomit repeatedly, have dizzy spells, hallucinations, impaired vision, and severe migraines. MSG is so concentrated it kills wild pigs and can also kill a human baby. In fact, MSG becomes a neurotoxin when injected, and is used frequently in today's vaccines as a preservative, just like the next item up for bid, mercury.

Mercury is earth's most deadly non-radioactive heavy metal, and NO AMOUNT is safe for injecting into humans

Mercury passes through the blood-brain barrier after injection (think all multi-dose flu shots here) thanks to help from aluminum, which is also found in the same vaccines for that purpose. Yes, it's insidious, because there are plenty of other preservatives the vaccine industry could use instead of mercury, but it's all about population control and reduction, not safety or efficacy, as they always claim.