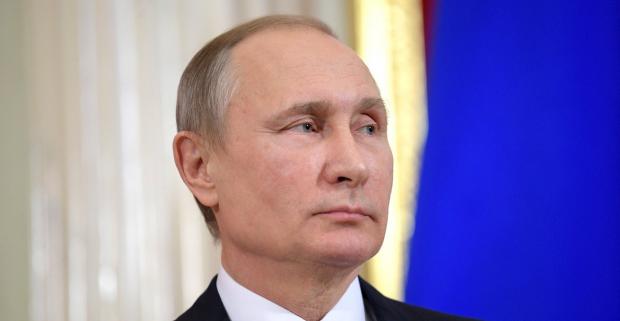 This past Wednesday, at a very important meeting with the Federal Security Service board, President Putin laid it all out in stark terms:

We are up against the so-called policy of containing Russia. This is not about competition, which is a natural thing for international relations. This is about a consistent and quite aggressive policy aimed at disrupting our development, slowing it down, creating problems along the outer perimeter, triggering domestic instability, undermining the values that unite Russian society, and ultimately to weaken Russia and put it under external control, just the way we are witnessing it transpire in some countries in the post-Soviet space.

Not without a touch of wickedness, Putin added this was no exaggeration: "In fact, you don't need to be convinced of this as you yourselves know it perfectly well, perhaps even better than anybody else."

The Kremlin is very much aware "containment" of Russia focuses on its perimeter: Ukraine, Georgia and Central Asia. And the ultimate target remains regime change.

Putin's remarks may also be interpreted as an indirect answer to a section of President Biden's speech at the Munich Security Conference.

According to Biden's scriptwriters,

Putin seeks to weaken the European project and the NATO alliance because it is much easier for the Kremlin to intimidate individual countries than to negotiate with the united transatlantic community … The Russian authorities want others to think that our system is just as corrupt or even more corrupt.