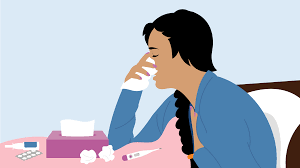 Despite all those warnings from Dr. Anthony Fauci about COVID-19 and the flu joining forces in 2020 and 2021 to create some kind of super-deadly double-whammy viral pandemic, it's no longer a secret at this point that worries about a super-charged flu season simply never came to pass. We've reported on the phenomenon of falling flu cases before,

February is usually the peak of flu season, when doctors' offices and hospitals are packed with patients. But that's not the case this year. Instead, the flu has virtually disappeared from the US, with reports coming in at far lower levels than the world has seen in decades. Some areas, like San Diego, have seen such low numbers, health authorities have demanded audits of COVID-positive patients to see whether some might have been misdiagnosed.

According to the CDC, the cumulative positive influenza test rate from late September into the week of December 19th was just 0.2%, compared to 8.7% from a year before.

Hospitals say the expected army of flu-sickened patients never materialized, and that nationally "this is the lowest flu season we've had on record," according to a surveillance system that is about 25 years old.

One source from Maine Medical Center in Portland, the state's largest hospital, said "I have seen zero documented flu cases this winter," said Dr. Nate Mick, the head of the emergency department.

Ditto in Oregon's capital city, where the outpatient respiratory clinics affiliated with Salem Hospital have not seen any confirmed flu cases.

Jim Stone: THE VAX DOESN'T FIGHT CORONA. RATHER IT COMMANDS YOUR BODY TO--