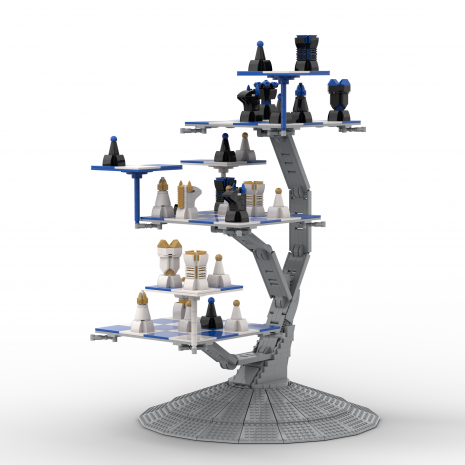 You know, the idea that every horrible move that Precedent Trump ever made (like appointing John Bolton or launching Operation Warp Speed) was actually some super-complicated three-dimensional chess move intended to accomplish the exact opposite of what he was actually doing? ("You don't understand, man! He's appointing Gina "CIA Torture" Haspel because he wants to expose her role in CIA torture!")

Well, as much as "Trump the 3D chess master" represented the apotheosis of Hopium for the Trump Train crowd (cf. The Babylon Bee's spot-on satirical headline from January 20, 2021: "Republican Starting To Think Trump Might Not Pull Off A Last-Minute 4D Chess Move"), the idea of three-dimensional chess itself is not without merit. After all, I employed it in 2013 to discuss the reality of "China and the New World Order" and used it again in 2014 to discuss the true nature of the Global Chessboard. (Don't blame me for launching the meme, though! The earliest reference I could find was a 2010 clip of Cenk Uyghur discussing liberal defenses of Barack Obama.)

So in defense of this much-abused idea, allow me to present to you a beginner's guide outlining How To Play 3D Chess.