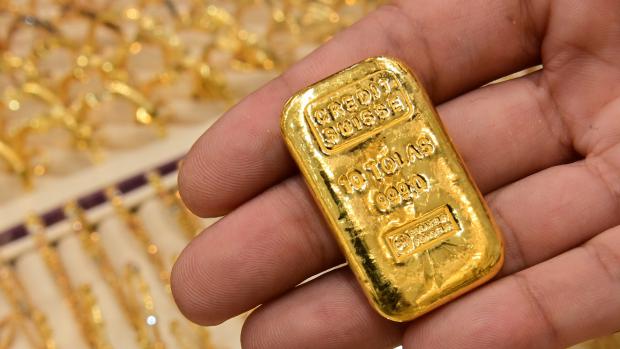 I calculated the real interest rate by subtracting year-over-year CPI from the current 3-month T-bill yield.

One could also use the Fed Funds Rate or 1-month T-Bill rate as the yields are all about the same.

The following chart puts the negative interest rate theory to the test,

The chart above shows the monthly gold close, not monthly highs. That explains why the 1980 top does not show.

Gold took off in the stagflation years then collapsed from $850 to $250 an ounce with inflation every step of the way.

Note that between 1980 and 2000, the Fed kept real interest rates in positive territory except for one minor and brief moment.

In response to the DotCom bust, housing bust,  and Covid-19 recessions, rates have been generally negative.

The first question mark around 2006, gold kept rising despite positive rates, but that is if one believes the CPI. If one factors in housing, real rates were indeed quite negative.

One might also argue the chart reflects anticipation of the financial stress of a housing collapse.

The second question mark pertains to ECB president Mario Draghi's statement "We will do whatever it takes to save the Euro and believe me, it will be enough".

Simultaneously, in the US, expectations there was endless speculation about Fed normalization, ending QE, Tapering, hiking rates, etc.