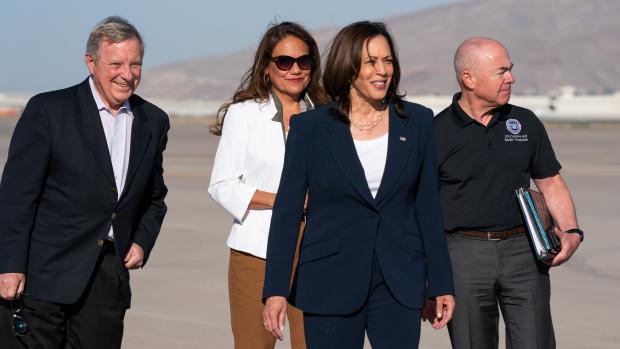 Apparently she hopes that she is going to be hit with some sort of brilliant insight while visiting a city on the U.S.-Mexico border that will finally bring an end to the crisis.

It's not going to happen. No matter what Harris sees and no matter who she talks to, it won't make any difference. America's decades-old, never-ending, perpetual immigration crisis will continue.

There is a simple reason for that: America's immigration-control system is the root cause of the crisis. That's because it is a socialist system, given that it's based on the socialist principle of central planning. Federal officials plan, in a top-down, command-and-control fashion, the movements of millions of people in a very complex labor market. It cannot be done. Central planning produces what Ludwig von Mises called "planned chaos." It reflects what Friedrich Hayek called the "fatal conceit" of the planner.

There is one — and only one — way to bring an end to America's decades-old immigration crisis: by adopting freedom and free markets. There is no other way. All the trips to the border by federal officials won't do the trick. A 100-foot high Berlin Wall won't either. Neither will the reenforcement of the federal government's immigration police state along the border. The only thing that can end the crisis is freedom and free markets.

Freedom and free markets mean the free movement of goods, services, and people across borders — i.e., open borders, which necessarily means the dismantling of America's immigration-control system. No more Border Patrol. No more immigration service. No more customs at the border.