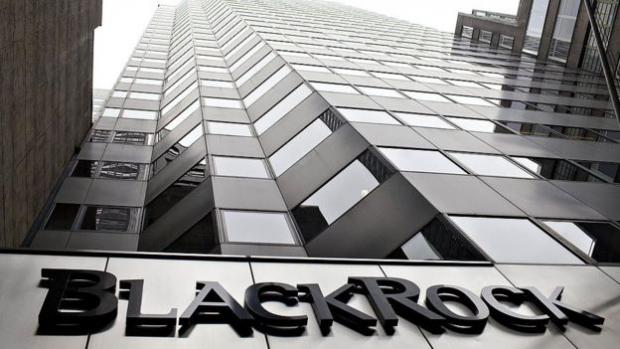 The firm, BlackRock Inc., the world's largest asset manager, invests a staggering $9 trillion in client funds worldwide, a sum more than double the annual GDP of the Federal Republic of Germany. This colossus sits atop the pyramid of world corporate ownership, including in China most recently. Since 1988 the company has put itself in a position to de facto control the Federal Reserve, most Wall Street mega-banks, including Goldman Sachs, the Davos World Economic Forum Great Reset, the Biden Administration and, if left unchecked, the economic future of our world. BlackRock is the epitome of what Mussolini called Corporatism, where an unelected corporate elite dictates top down to the population . "

How the world's largest "shadow bank" exercises this enormous power over the world ought to concern us. BlackRock since Larry Fink founded it in 1988 has managed to assemble unique financial software and assets that no other entity has. BlackRock's Aladdin risk-management system, a software tool that can track and analyze trading, monitors more than $18 trillion in assets for 200 financial firms including the Federal Reserve and European central banks. He who "monitors" also knows, we can imagine. BlackRock has been called a financial "Swiss Army Knife — institutional investor, money manager, private equity firm, and global government partner rolled into one." Yet mainstream media treats the company as just another Wall Street financial firm.

There is a seamless interface that ties the UN Agenda 2030 with the Davos World Economic Forum Great Reset and the nascent economic policies of the Biden Administration. That interface is BlackRock.

By now it should be clear to anyone who bothers to look, that the person who claims to be US President, 78-year old Joe Biden, is not making any decisions. He even has difficulty reading a teleprompter or answering prepared questions from friendly media without confusing Syria and Libya or even whether he is President. He is being micromanaged by a group of handlers to maintain a scripted "image" of a President while policy is made behind the scenes by others. It eerily reminds of the 1979 Peter Sellers film character, Chauncey Gardiner, in Being There.