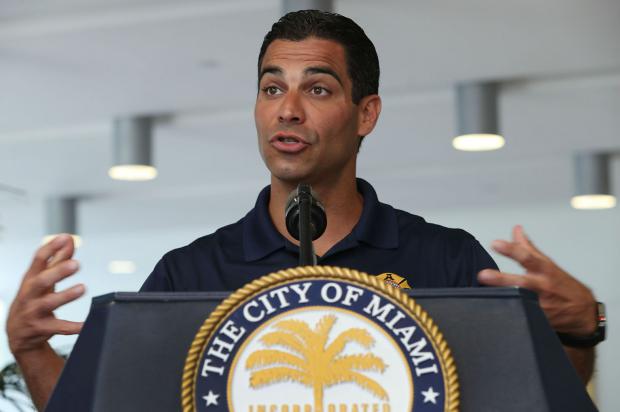 Suarez told Fox News anchor Martha MacCallum he thinks military options should be on the table.

"It's difficult for any elected official, Republican or Democrat, not to take the side of the Cuban people when they see images of people risking their lives, protesting in the streets," he said.

Suarez then suggested using the U.S. military to assist the protestors:

What should be being contemplated right now is a coalition of potential military action in Cuba similar to what has happened in both administrations in both Republican and Democrat administrations. And Republican–with Bush in Panama, they deposed Noriega. And that country had peaceful democracy for decades. And you had interventions by a Democratic president taking out Osama bin laden in Pakistan. It's a sovereign country where they took out a terrorist and saved probably thousands, if not hundreds of thousands of lives. And president Clinton in Kosovo intervening in a humanitarian issue with air strikes. So there have been many, many opportunities in the history of–

"Are you suggesting air strikes in Cuba?" MacCallum interrupted.

"What I'm suggesting is that that option is one that has to be explored and cannot be just simply discarded as an option that is not on the table," Suarez responded. "And there's a variety of ways the military can do it. But that's something that needs to be discussed and needs to looked as a potential option in addition to a variety of other options that can be discussed."