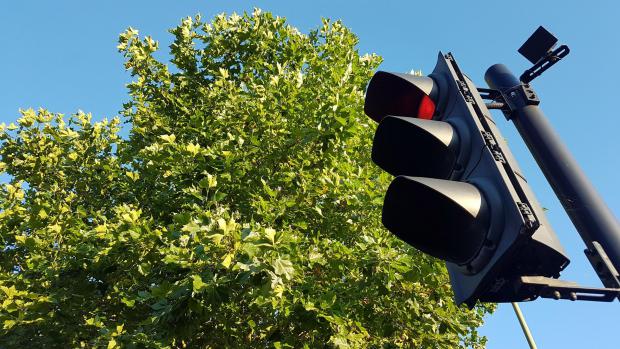 The stop light was a design inevitability. As cars grew in popularity around the turn of the 20th century, several inventors developed a glowing box filled with round, incandescent lights to tell people when to stop and go. Which is why, since the traffic signal was first installed in Cleveland in 1914, the design has gone largely unchanged.

Yet, maybe it's worth asking: Has that design gone unchanged because these traffic signals are a timeless design? Or have we just not thought of anything better yet?

Now, more than 100 years later, the Moscow-based design firm Art. Lebedev Studio believes that they've created a better alternative to the classic stop light—with a flexible design that could be expanded to metal stop signs and yield signs, too.

Their new stop light has already garnered attention from two cities in Russia, which have requested to test it in a limited capacity.

How is this better, you may wonder. For people who see color, it's a bigger panel. The overall signal to stop or go is more overt. For color-blind drivers, Art. Lebedev Studio added icons (an "X" for stopping, a "!" for slowing down, and an arrow to go)—a plan that seems promising but worth testing to prove out.

The Best Selling Vehicles In America, By State