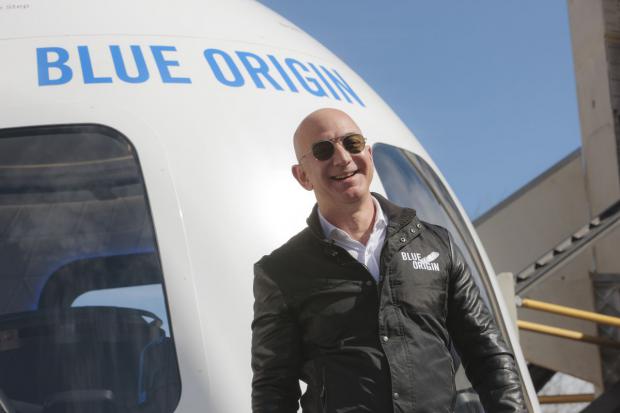 The mission, which Blue Origin has dubbed the First Human Flight, will be the 16th flight of New Shepard, but the first with astronauts aboard. Bezos and three other civilians will launch from the company's Launch Site One near Van Horn, Texas at 9 a.m. EDT (1300 GMT), in a milestone mission for the space tourism company.

Here's everything you need to know about the flight.

The launch of New Shepard's first crewed flight will be broadcast Tuesday (July 20) beginning at 7:30 a.m. EDT (1130 GMT) at BlueOrigin.com and here at Space.com, if possible. Liftoff is expected at 9 a.m. EDT (1300 GMT), but could change depending on weather or technical matters.

Blue Origin will hold a prelaunch press conference on Sunday, July 18, at 12 p.m. EDT  (1600 GMT), which will be livestreamed on BlueOrigin.com and also here if possible.

A typical New Shepard flight lasts 11 minutes. After the landing, a live broadcast with the astronauts will be available at BlueOrigin.com. The time of that press conference has not been announced, but Blue Origin will stream it live online and Space.com will  simulcast it if possible. The company will also be sharing mission updates all day via @BlueOrigin on Twitter.

Blue Origin has not announced if it will have a special host for the webcast similar to rival Virgin Galactic, which recruited comedian and The Late Show host Stephen Colbert for its July 11 launch of billionaire Richard Branson.